On 13 and 14 January 2015 in Sofia Bulgarian Crop Protection Association (BgCPA) hosted the annual SSE ACF Hub meeting titled "Against illegal and counterfeit pesticides". The meeting was organized with the support of the European Crop Protection Association (ECPA) and was attended by the national associations of Greece (HCPA) and Romania (AIPROM), together with representatives of the competent authorities.

The three countries in the region presented their positions on the subject and the participation of lecturers with extensive experience in implementing best practices against illegal marketing of pesticides contributed to the productive discussion about the possibilities for joint actions and cooperation between the three countries to prevent the import and spread of illegal pesticides in SE Europe.

Gerwin Bouillon - ECPA country coach in the region, gave start to an open dialogue about the growing problem with illegal pesticides.

Dr. Eleni Karasali - Head of Laboratory at Benaki Phytopathological Institute, Greece presented the laboratory analysis and control of illegal and counterfeit PPPs, equivalence evaluation in parallel imports, research on shelf stability of PPPs as well as other innovative methods for the analysis of formulations in modern-equipped laboratory of the institute.

Police Chief Commissioner Doru Dorobantu - Deputy Director of the International Police Cooperation Center, Romania, presented an outline of the objectives and work of the center, specialized in the exchange of data and information at international level. He informed the participants about the project SELEC - Southeast Europe Law Enforcement Center, which is a more dynamic and flexible law enforcement cooperation platform for the Police and Customs authorities, initiated by 13 countries in the region to improve coordination in combating crime, including organized and cross-border crime activity. Mr. Dionysis Vlachos from the Ministry of Rural Development and Food, Greece presented the parameters of risk analysis in respect of customs controls on imports.

For the first time in these meetings, organized every year in the region, a guest from Moldova was invited - Mr. Vladimir Mosoi, Ministry of Agriculture and Food Industry. He presented the country's current institutional framework for the control of pesticides and fertilizers. 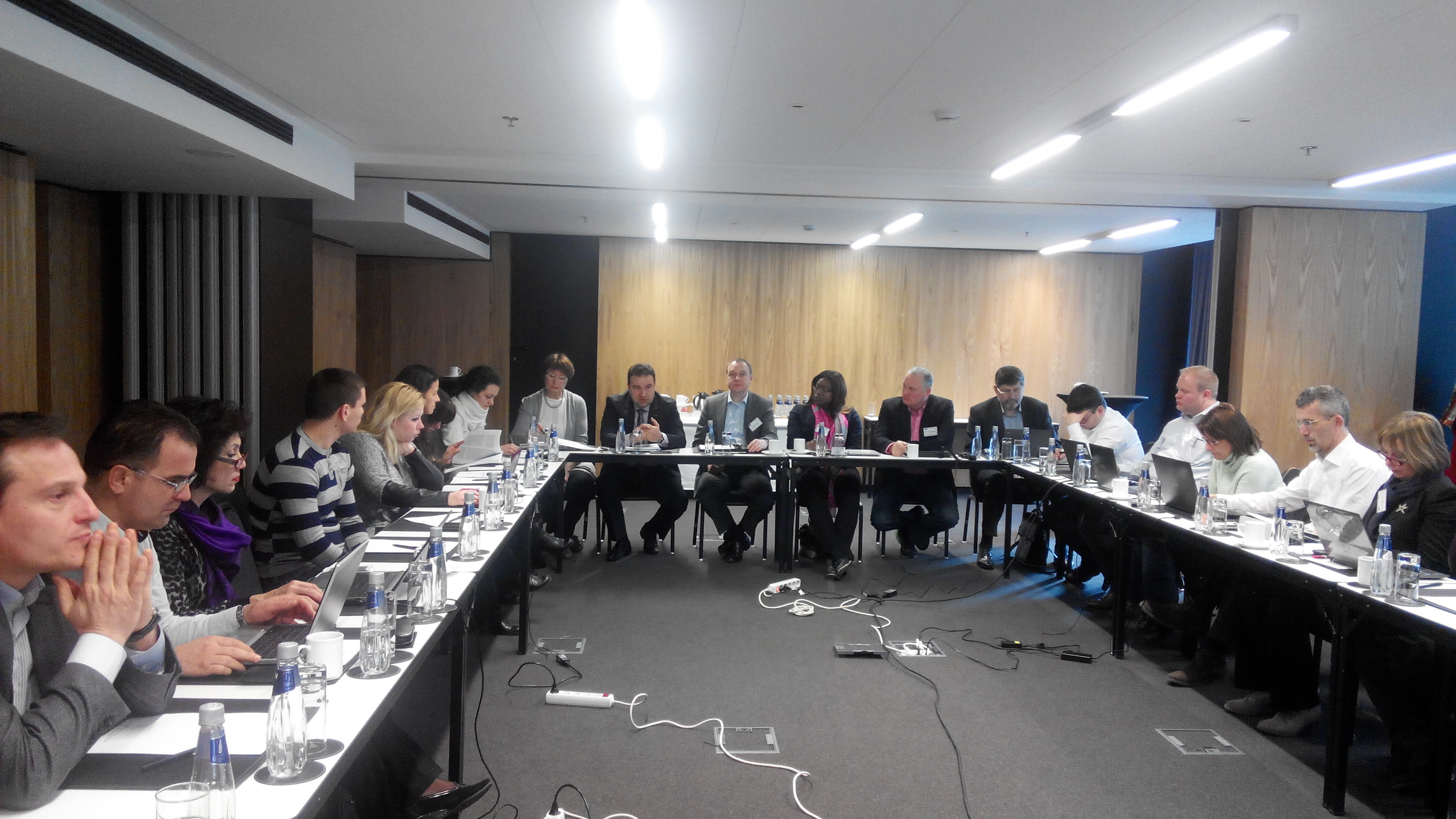 Representatives of BFSA, Customs Agency, Ministry of Interior and State Agency for National Security participated in the meeting from Bulgarian side. The Deputy Executive Director of BFSA - Mr. Anton Velichkov presented the position of the regulatory authority in Bulgaria on the subject of illegal pesticides. In his statement he reported growing number of violations and seized illegal pesticides for 2014 in the country and in this regard stressed that measures are taken to solve the problem of illegal trade. Some of the measures under discussion are activation of mobile control groups at the border posts and in the country and the introduction of a penalty - withdrawal of subsidies to farmers who use unauthorized, illegally imported plant protection products. To achieve real results of the measures undertaken the Agency works actively with all stakeholders in preventing the distribution of counterfeit and illegal plant protection products (PPP).

In conclusion of the presentations and discussions on the subject - work against illegal and counterfeit products requires continuous efforts, very good cooperation and willingness of institutions to find solutions to prevent the distribution and use of illegal pesticides in the Republic of Bulgaria and the territory of other Member States of the European Union. 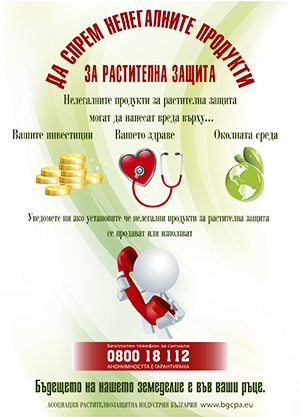